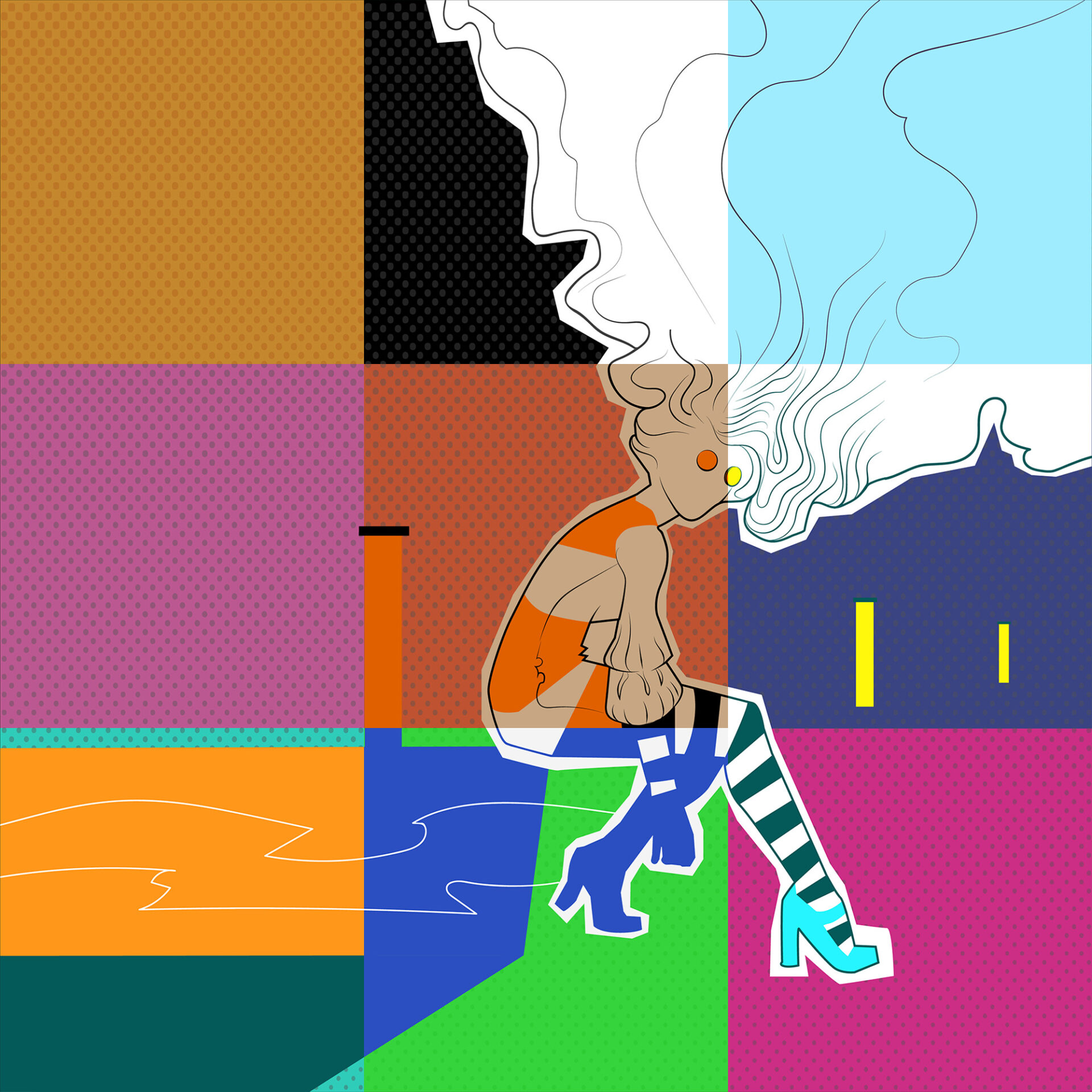 Nirvana, RATM, Tool, and many lesser-known rock bands entered my ears in the ’90s when I found alternative music. I imagined myself rocking out just like they did, in front of a stadium of screaming dancing fans.

But that’s where the fantasy ended, in my imagination.

That’s OK. I was busy drawing pictures and it’s a common fantasy of youth. Some pursue the music, but my attention was obviously on art.

But I still indulge in the magic I sing:

and when I hit the hard notes, I still imagine the applause of the fans.

Music has had a massive influence on my art. In the studio, I play the tunes so loud the other artists in the building always know when I’m working. They are beautiful people for tolerating this invasive part of my process.

One of the great things about music is that every performance is unique, even when playing the same song—one song repeated by the artist repeatedly.

I began to ask if I could do the same thing. Can I replay my art over and over to create a new interpretation for myself and the viewer?

So I’ve started the Remix Prints. I am starting with an Image called DigiWhim. It was a digital piece exploring the fantasy in fashion, and now there are nine new versions of it.

Each will be a unique print, with only one version created. It’s the digital age, and I’m making sure, like music, that digital is a part of my process while still creating new things.

You can check them out here.

I hope you enjoy them.

Your Friend in Art,

Join the newsletter for 10% off all studio artwork.

Why I Became an Artist. Escapism. Listening to Music and Skipping Class.

I’m Using Automatism To Guide Me

Anybody Can and Should Collect Art